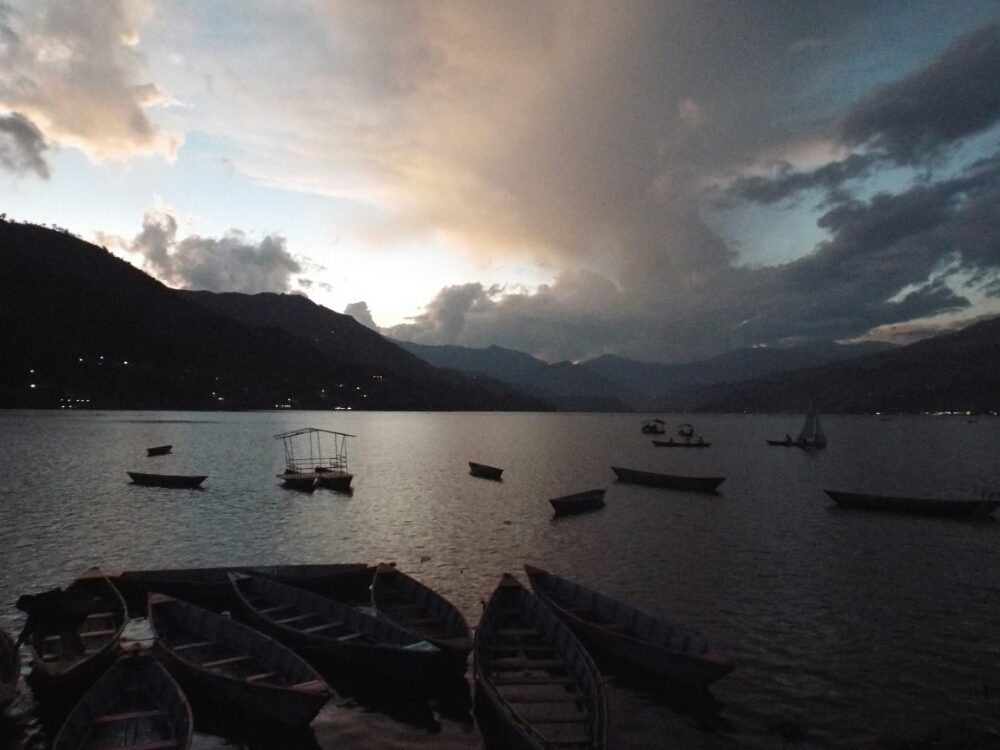 We spent four days in amazing Pokhara before the trek and we both instantly loved it more than anywhere else we had travelled to in the last three weeks. There are still green lakes surrounded by rolling hills of green trees with the backdrop of the Annapurna range of snow peaked mountains. Such amazing scenery! There is a much more Westernised feel here, this may be because of the restaurants that serve all foods imaginable and all of the tourists here to trek the Himalayas. Regardless there is a much more homely feel to the place. We found a quirky little restaurant (a personal fave of mine) with big cushiony seats and relaxed music. They served delicious pizza and pasta too! We spent our first night here with three English girls and our two German friends.

Most of our time in Pokhara was spent exploring the shops. There is loads of hemp stuff that you would never see in England. We both agreed we could spend all our travel money in these shops but decided to contain ourselves and get the odd bits and bobs. We crossed Fewa lake by ‘rowing boat’ on our second day which was particularly enjoyable for me as I sat in the sun eating cinnamon rolls, Chris maybe found it less enjoyable as he was rowing. When we got across the lake we walked up to the peace pagoda, by walk I mean hiked up what felt like thousands of uneven steps in the boiling heat. I vowed never to walk steps like those again… then spent the following day arranging a ten day trek through the Himalayas. Blog to come…

Post trek Pokhara we met up with some friends we made whilst trekking (hi Elaine, Sarah, Owen, Gaz and Henry) and explored what the Nepali nightlife had to offer. We found that it offered nothing after 12.30am but with good company till then it didn’t matter too much. We spent the next couple of days in this similar routine until Elaine, Sarah and Owen departed to Kathmandu. The day time was spent relaxing our achey trekking legs in the pleasant heat. Through our trekking friends we met a German couple (Sophie and Denis) who we spent time with over breakfast and tea for our last few days in Pokhara. Its so nice to meet people from all over the world who have decided to travel to the same places as us. Of those who are travelling instead of holidaying we have found their itinerary consists of the same places as ours just maybe in a different order.

Our penultimate day consisted of renting a motorbike (an urge Chris has needed to fulfill for a while) and driving to nearby places. First we went to Devi falls and Mahendra cave. Both were impressive sights but full of school trips and excitable tourists. We then went to Bagnas Tal which is a still blue lake that on a clear day perfectly reflects the Annapurna range. Unfortunately the day wasn’t clear enough for this but we still enjoyed the peacefulness that we found here and the beautiful scenery, while doing a bit of nature spotting we think we spotted a huge bird which we thought could be an eagle which was a pretty humbling experience for us. Finally we went to Sarangkot which is a viewing point over all of Pokhara. We were there as the sun was setting which made the hills look like a chalk drawing. It was stunning! After gazing for a while over a cup of masala tea we headed back to the lakeside whilst nearly getting run off the road by carefree truck drivers. Yikes. 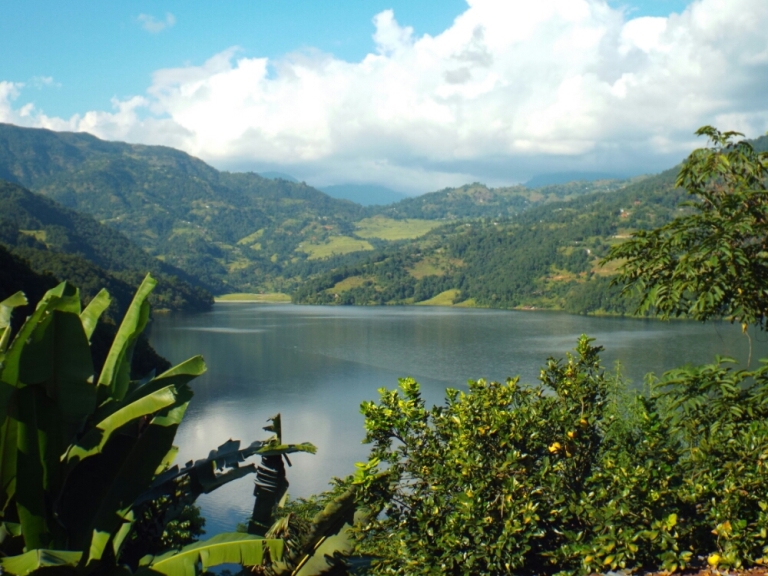 Sadly our last day in Pokhara arrived. What better way to spend the morning than Paragliding off the side of a mountain and gliding over the town and the hills. It was so much fun! Its so peaceful being so high up and watching the clouds blow around you. Bit of a contrast to the ‘exciting’ landing I opted for- instead of the smooth one- which consisted of loops and turns which left me feeling a bit nauseous. None the less, so glad I did it! What a dare devil.

Now we head off to Chitwan National Park in search of as much wildlife as we can find! 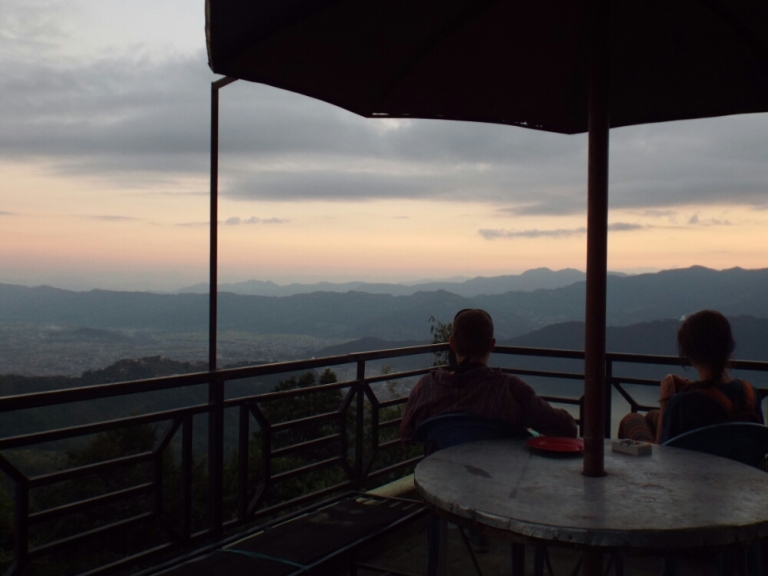