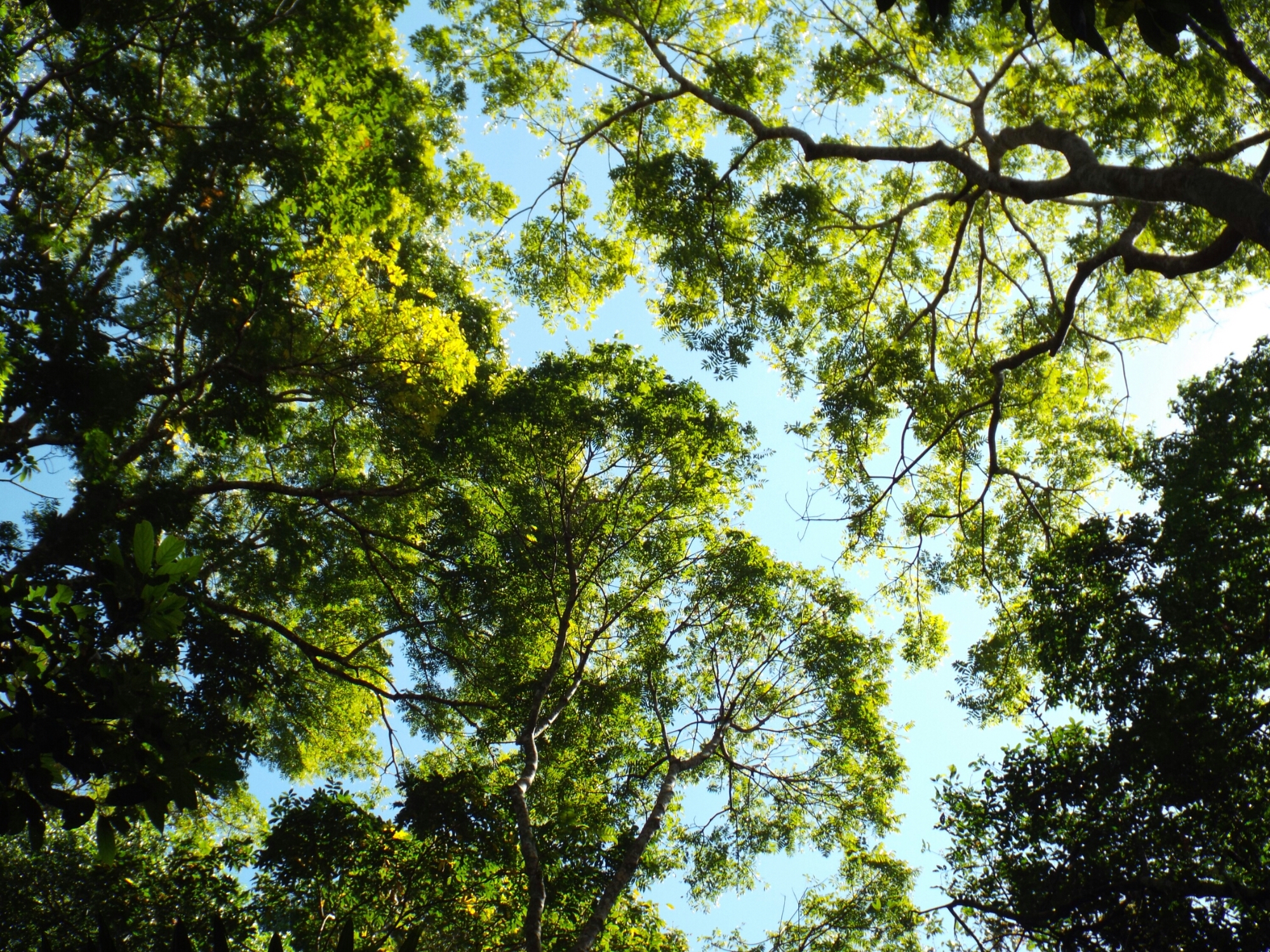 I’ll be honest, when it’s my turn to write the blogs (it’s usually two at a time) I tend to fall a little behind, it’s difficult to find the time to write a short essay every week when there’s sights to be seen, people to meet and beers to be drunk. This post should really be written about Kratie, a town on the banks of the Mekong in Cambodia. Instead I’ll condense the events of Kratie and Sen Monoron together because I’m actually sitting writing this from my bed in Vietnam but better late than never.

The long and short of Kratie is that we wanted to see more of Cambodia before our visas expired, and we were told there was a chance of spotting some Dolphins.. which we did! Unfortunately the rare Irrawaddy Dolphins are chased around the river by herds of tourist boats so we opted to watch from the shore. I love the moment when you catch a glimpse of a wild animal after you’ve spent considerable effort and time tracking them, something we experienced more of in the north eastern forests around Sen Monorom in Mondulkiri Province. When away from the Dolphins we took the opportunity to relax alongside the Mekong, explore our rural surroundings and take it easy before our journey into the far East.

We arrived midday into Sen Monorom and decided to rent a bike to head to a nearby waterfall which proved to be a little disappointing. We were told to head to a spot up in the hills which was particularly beautiful during sun set, this time there was no dissapointment. The direct translation is “sea of forest” and we both agreed the description was rather accurate. Unfortunately I don’t think there are many places left in the world that have completely uninterrupted forest on a scale such as we were looking at from our vantage point, high up in the mountains, incidentally it may not remain like that for much longer -more on that later. Miles and miles of forest as far as the eye could see stretched out ahead of us, undulating with the hills creating an illusion of green waves rolling in, not a bad introduction to the province.

Most people head to the area for elephant encounters, there are lots of opportunities to bathe, observe and trek with elephants but as I’ve mentioned before, when it comes to animals we would much rather spend all day in the jungle and not see anything than bathe with an animal that is purely kept for tourist enjoyment. Nothing compares to the feeling of seeing an animal in the wild. So we opted for a tour into Seima forest, Cambodia’s largest, containing the worlds highest numbers of crested Doucs (monkeys if your wondering, can you spot him staring at you?) along with Cambodia’s largest population of Asian Elephants, Sun Bears and seven species of cat. Thankfully we spotted the former, swinging between trees after lunch along with a number of curious looking black squirrels. The most eye opening feature of the day (apart from learning you can cook damn tasty soup in a length of bamboo) was the alarming rate at which loggers where cutting into the forest with cooperation from exactly the people who are meant to be preventing them. Transitioning from dense forest to large areas completely devastated by illegal logging was extremely saddening, and something our guide told us he can see no way of stopping as long as corruption within the police continues. 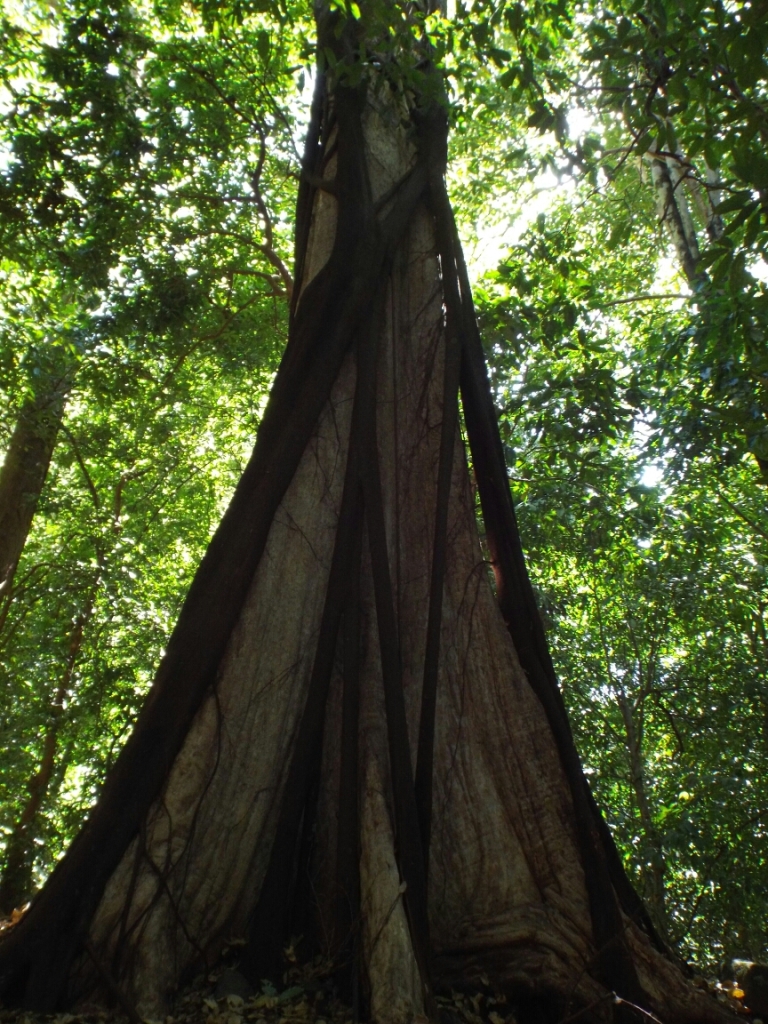 Our final full day was a relaxed one, we hopped between the few cafes Sen Monorom has to offer, sampling cakes and some very tasty Cambodian iced coffee that everyone here in South Asia seems to survive on (the secret is that they’re addicted to the carnation added, not the caffeine) as we were heading off early the next day to the border we decided to change guesthouses from our beautiful forest bungalow at Tree Lodge into somewhere nearer into town… Big mistake. To cut a long story short we had politely asked twice over the course of the day if our new room at Heng Heng Hotel would be cleaned, after returning to find it still rather filthy, (trust me when I say that, after some of our Indian experiences we are by no means fussy with regards to cleanliness) we decided we should find somewhere a little more accommodating having only kept our bags in the room and nothing else. After explaining to the guesthouse owner we were leaving she hit the roof, physically pushing me away from the doors, locking the courtyard gate and the doors and keeping us locked in the hotel lobby. Thankfully her constant screams (I’m not exaggerating) attracted the English speaking neighbours who managed to convince her to let them in and interpret for us. We managed to get away paying half the cost of the room, with the locals apologising to us for the woman’s behaviour, explaining she was Vietnamese and her manors are not representative of the Khmer people – which we heartily agreed with. Did I mention next stop.. Vietnam, great introduction. 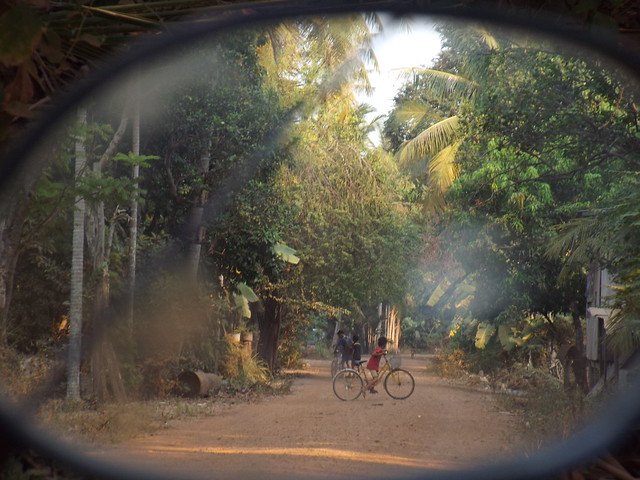 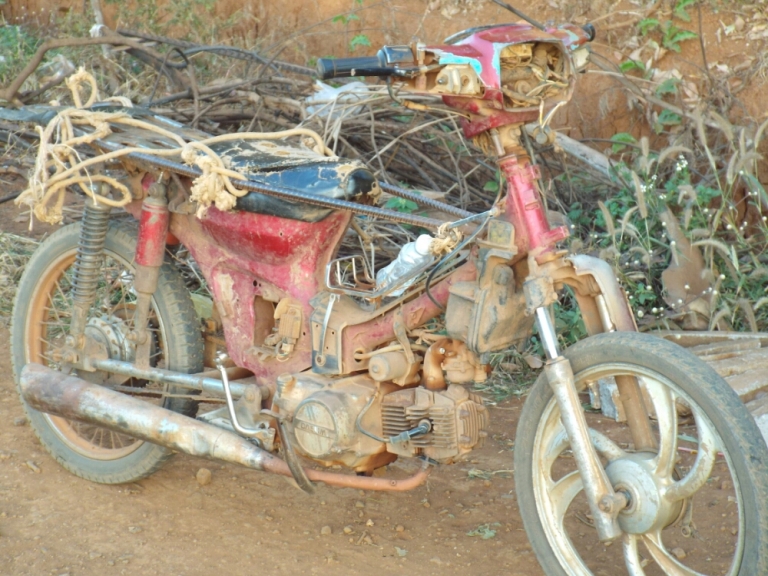 One thought on “Sen Monorom: Illusion of green”