As mentioned in the previous blog we planned our next location to be the Con Dao Islands. We did some research and asked about the ferry whilst in Ho Chi Minh and were told they leave daily at 5pm from Vung Tao. So we left at midday on the 2hour journey there to make sure we arrived within plenty of time. We arrived at the ferry terminal and could see the Con Dao boat sat waiting, only there was nobody else in the terminal and nobody at the ticket booth selling tickets. Chris checked with the men on the boat and they said they were leaving to Con Dao that day at 5, so as it was only 3pm we decided to have a wander of the village and return an hour before the ferry was set to leave. Tourists must fly to Con Dao rather than get the ferry judging by the stares we were getting off the locals, we were sat in one cafe and a whole family of people walking by stopped to just stand and look at us in complete amazement. Something we’ve not experienced since India! 4pm came and we went back to the ferry where there was a woman at the ticket booth who told us the next ferry left in five days time. Not the best news. We noticed a ferry schedule which said there was one leaving the next day and the boat men said they were leaving that day. Nothing was adding up. Chris got it in his head that he was leaving to the islands on the ferry that was going today and as we later found out that ferry was taking cargo over not people. This didn’t bother Chris and so we got on the boat… The man who I assumed was in charge promptly told us we should get off (Vietnamese style) whilst workers seemed to gesture that it was fine for us to stay on. I’d admitted defeat with the situation and wasn’t happy with getting the cargo boat so we left. Had we stayed it probably would have made a more interesting blog but we may still have been on that boat now in the middle of the China Sea with no food. All wasn’t lost as we managed to get an overnight bus to Dalat which we decided would be our next destination.

Initially we’d planned Dalat to be a quick stop on our way up to Hoi An although now we weren’t going to Con Dao we had a few days more to spare so took the time to relax here instead. Which as it turned out was a great idea as it was a beautiful place with lots of opportunity for chilling. Chilling is a fitting word to use as the temperature in Dalat is considerably lower than what we have been used to for the last five months meaning we both got a cold. Not sure how we’ll cope on returning to the English climate after all this sunshine!

We arrived into Dalat at a very convenient 3.30am after a bus journey full of snorers. After consuming a few ‘choco-pies’ in the bus station we got a taxi to the centre of town where our taxi driver woke up a hotel manager to get us a room for the night. After a few hours more sleep we decided to find our own place to stay and for the same price got ourselves a room with a balcony in a better location (mainly because it was opposite a bakery that we made full use of everyday.) On our routine walk around the area to familiarise ourselves with where we’re staying we found a cafe that served a full English breakfast for £1.50… Well it would have been rude not to! Our walk continued and we found the lake which we spent the day walking around stopping at various attractions along the way. Attractions such as a flower park, a Big C supermarket and a tea/coffee shop. It’s a very beautiful place with a Scandinavian feel to it (not that I’ve been there but that’s what Chris said) with triangular houses perched amongst the trees and other pretty buildings set on the hills. It was a lovely place to just sit and look out at your surroundings.

The following day we rented a motorbike in hope of finding some waterfalls as there are many dotted around Dalat. After a few hours of driving we found no waterfalls but did find ourselves running out of petrol on top of a hill nowhere near the nearest town. The only option was to free-wheel down hill till we reached the nearest petrol station. Somehow along the way we overtook people with their engines on. Instead of carrying on in search of the waterfalls we went to a local attraction known as the ‘Crazy House’. It fitted it’s name well, we were a little puzzled by what this buildings purpose was but it was fun to explore. Imagine a gingerbread house meets Alice in Wonderland. A precast concrete heaven! There were little buildings not tall enough to stand up in fully linked to other buildings with bridges that were made to look like tree trunks. All intertwining and linking together somehow. It was all very colourful and artistic but as I say not really serving any purpose. That night we went to a bar which was similar in ways to Crazy House which we liked a lot more!

On our final day in Dalat we found ourselves feeling a bit rotten because of the colds we’d caught so we didn’t really do too much. A quick stop by the market saw us finding some delicious strawberry coulis stuff which we decided would go great with a bit of yoghurt. We’d come across a frozen yoghurt cafe the day earlier so went there, perfect! The yoghurt was 25000Dong (about 80p) and was serve yourself so Chris went to town when he was filling up our pots keen to get his money’s worth. This is where he found out it was 25000Dong per 100g and he had got us nearly a kg of frozen yoghurt! What a muppet. I’ve never eaten so much frozen yoghurt in my whole life. Good job it was tasty! Although it was nearly as much as our hotel room for the night. The rest of the day consisted of watching the Lego movie and drinking hot lemon tea!

Next stop is Nha Trang where we have a quick pit-stop before our venture North to Hoi An!

Until then Tạm biệt! 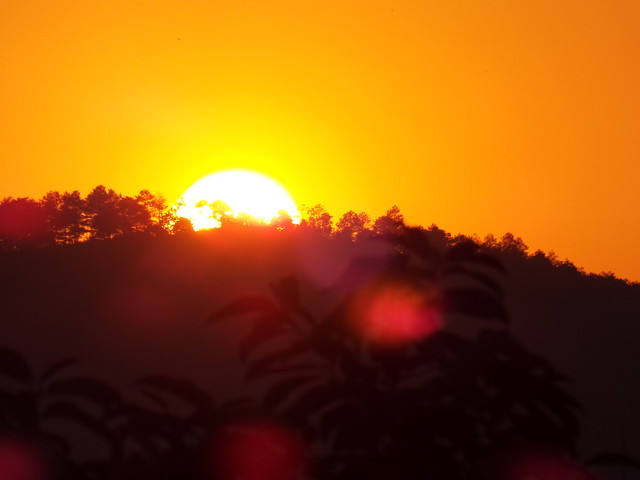 One thought on “Dalat: Frozen yoghurt”