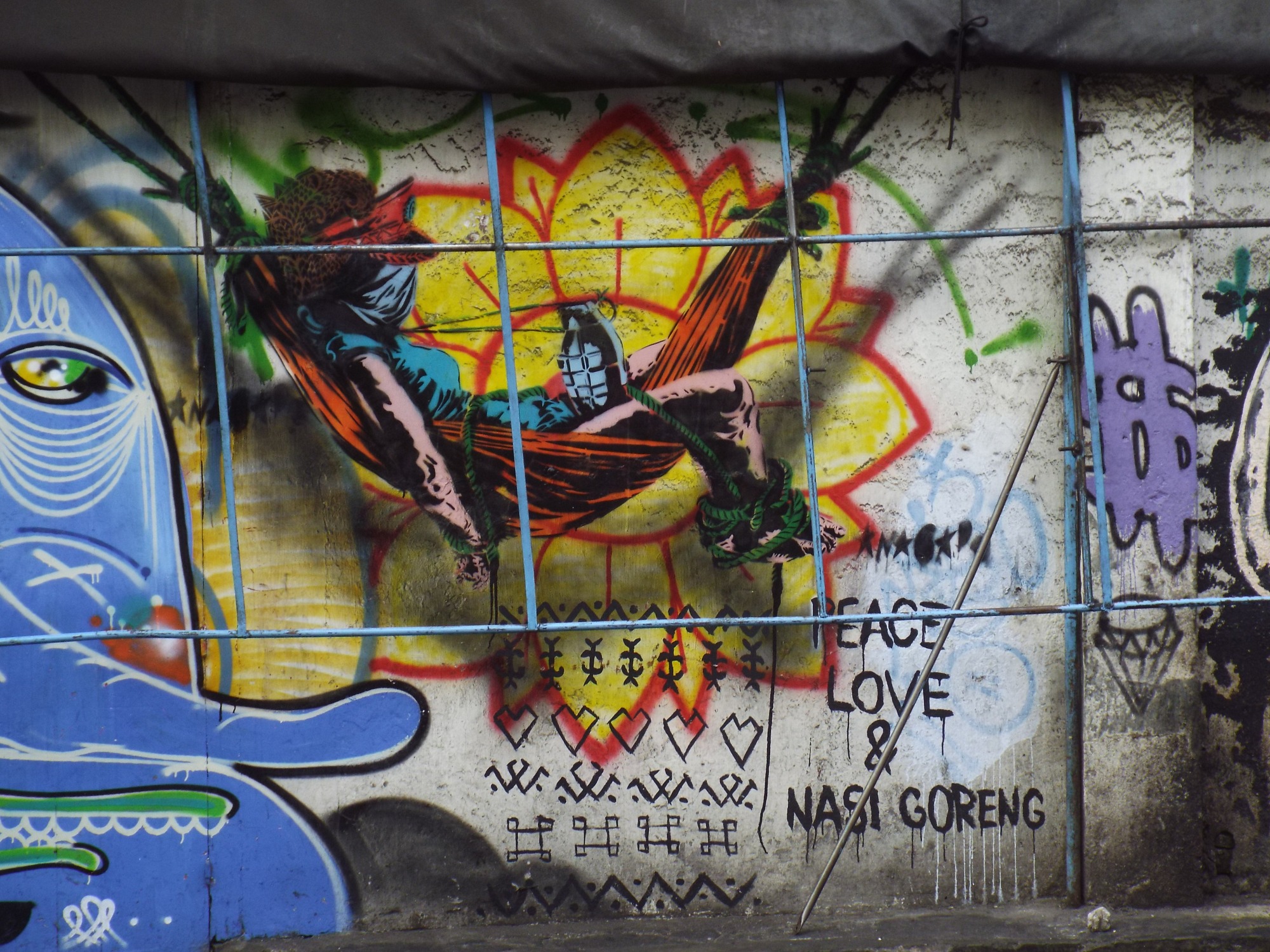 We returned back to planet earth after an incredible week or so spent amongst towering volcanoes, ashen grey plains, lunar craters and bubbling lakes of Easter Java. With a week left on our visa and still with Sumatra to see our time in the great cities of West Java was limited to just a couple of days but we made the most of our time in cultural Yogya.

Splashing out and treateing ourselves to the minibus over the public bus we slept fitfully, interrupted only by angry shouts as other road users halted in front of us and threatened the driver over his ludicrous use of the road. We cared little and carried on snoozing. Wandering the maze of back alleys at 4AM wasn’t ideal but at least there were no dogs and we eventually settled into our nice little home stay. Spending almost the entire morning organising our onward train to Jakarta we met up with our friend Remi for a beer before heading further into town to sit around on benches with the locals and watch the various street singers perform, cigarettes eternally drooping from the corners of their mouths, collecting money in crisp packet bags. It has the feeling of a university city, which it is, with young people congregating in public spaces all over the city to listen, eat, chat and smoke while street hawkers hold up snakes and feed their tethered owls. 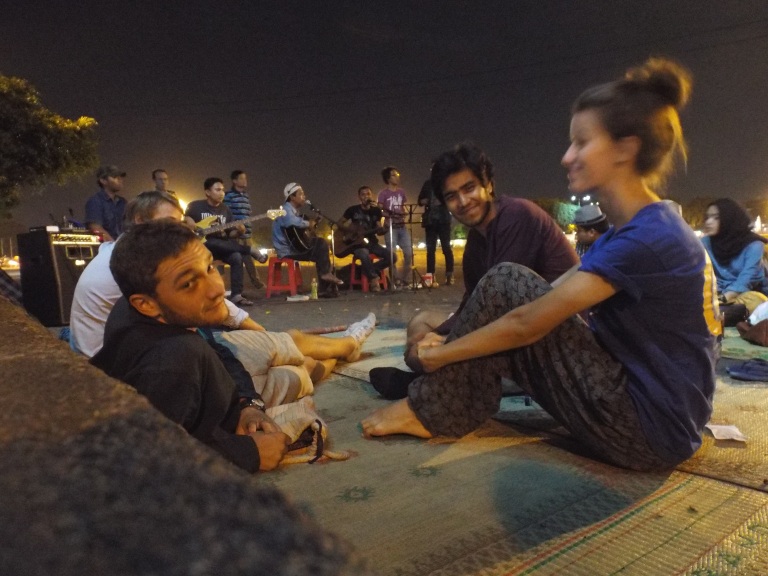 Ready to explore a little we set off on the bus to a nearby village to walk around the various silver workshops, admiring the workers as they sat with unwavering patience, endlessly soldering, shaping and hammering tiny pieces of silver together. When the store attendants spotted us we politely refused their offer to sell us a 3ft. Sailing ship model in silver thread, but when we located the chocolate shop next door we were only too pleased to eat the free samples of various local chocolates. Why people insist on ruining a good bar of chocolate by sticking durian in the middle I will never know (if you don’t know what a durian is its worth looking up) we headed back to town through the Kraton, a district loosely governed and maintained by the sultan. We stopped at a picturesque beer garden for a couple then headed to one of the few big squares to sit and eat with the locals while a top local band did covers of Indonesian songs along with a few we knew, the only song we suggested that they were able to play was oasis – don’t look back in anger- which they duly nailed. Next square down and we landed in the middle of a Disney parade made up only of old VW beetles decked in blinding neons. That’s what we love about Asia, one minute you’re enjoying some food in the park, walk for five minutes and your in the middle of psychedelic bumper cars. 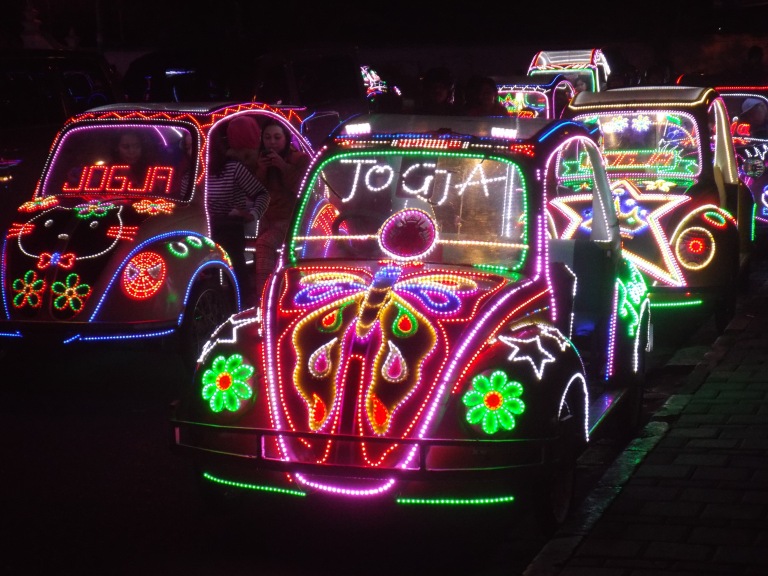 Time for some culture without neons, having done some chores we rented a bike and headed to Borobodur, an ancient temple around an hour away that is reminiscent of the Khmer temples found around Cambodia. The entrance cost was definitely milking the foreigners for all they are worth but it was beautiful nonetheless and relaxing to be able to sit on the grass and admire as the sun set behind great tiers of stone. 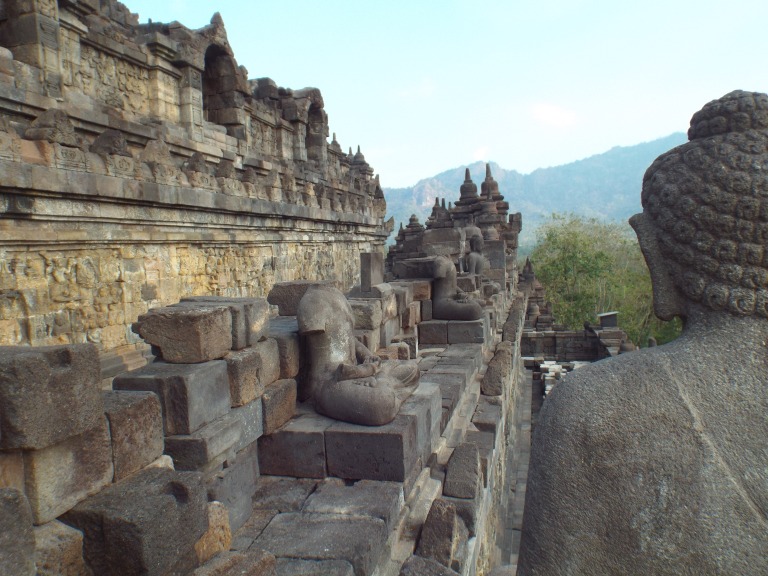 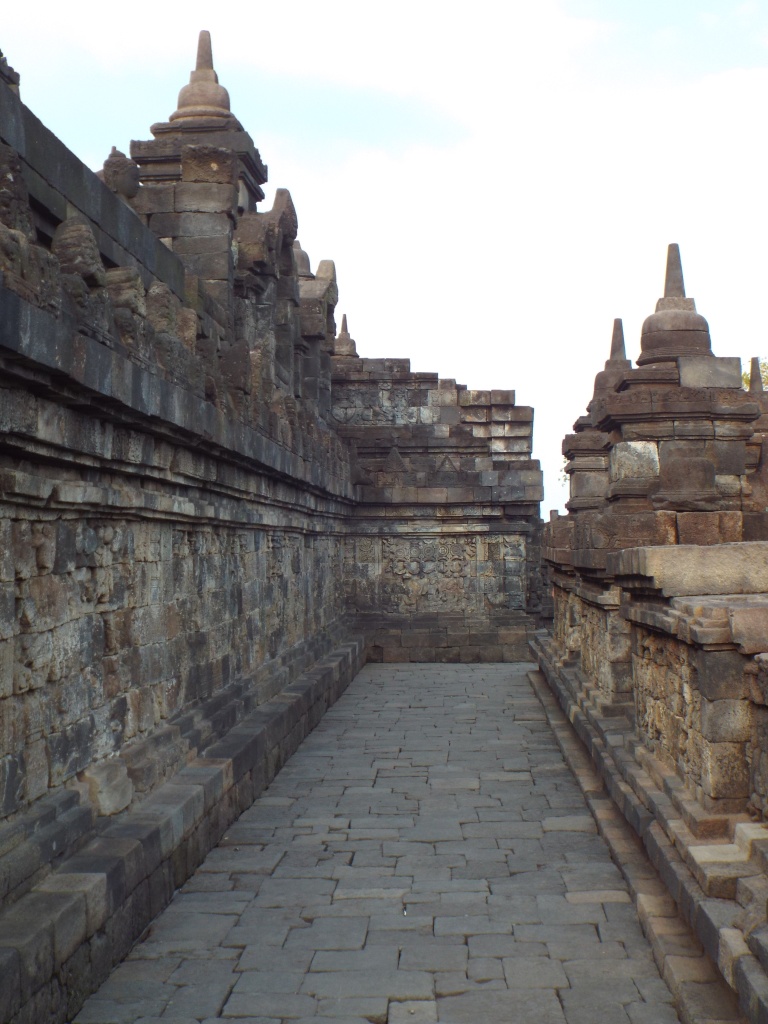 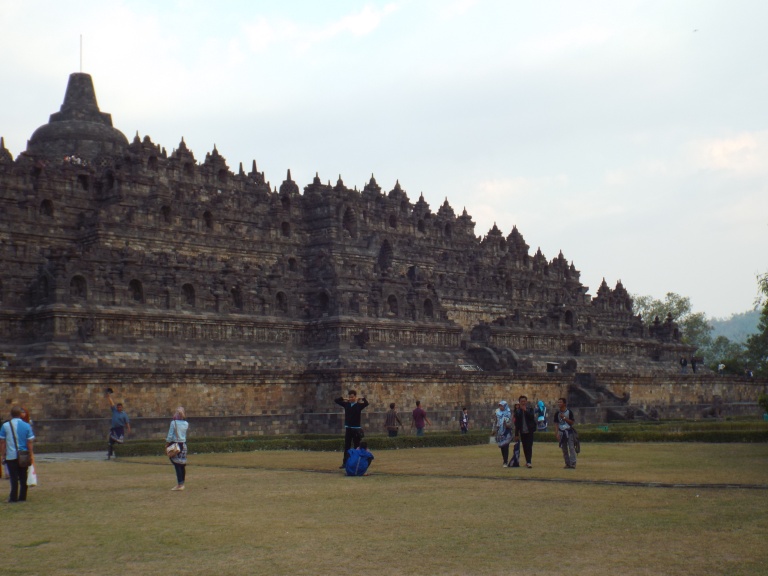 Up early the next morning we departed for our first and probably only train journey here in Indonesia to the capital, Jakarta.

P.S sorry for the lengthy delay posts should be flying up over the next few days

One thought on “Yogyakarta: Shaping and hammering”