Everyone has that place that in some way, despite being halfway around the world, has always been so close. Always on the periphery of cultural influence, some exotic place that seems to exude authenticity – impossible to ignore. For me that place is Jamaica, in some ways “my India” of the Caribbean.

Surely pound for pound the biggest exporter of music and culture since the days of gathering around the wireless counted for entertainment (which I’m sure was riveting.) I had many recommendations of places to see and things to see but in all honesty, I just wanted to get a feel for the place and start to understand the island.

Arriving into Kingston there were some things I had to see, Tuff gong records and 56 Hope Road which is exactly where I started. I joined a couple of guys from the hostel and we managed to sneak into the recording studio unnoticed to just sit and bask in the magnificence. Yes, it’s just a room with a stage and some recording equipment but as the records on the wall outside pay testament to, it is the place where some off the most famous reggae records of all time were recorded. 56 Hope Road has now been turned into an all singing all dancing (yeah?) Bob Marley museum complete with guided tours which I was happy to skip. Despite all that, the house that brought Trenchtown to Uptown definitely maintains it’s special status and I spent quite some time just sitting in the garden, enjoying the famous riddims dance there way through the sound system. 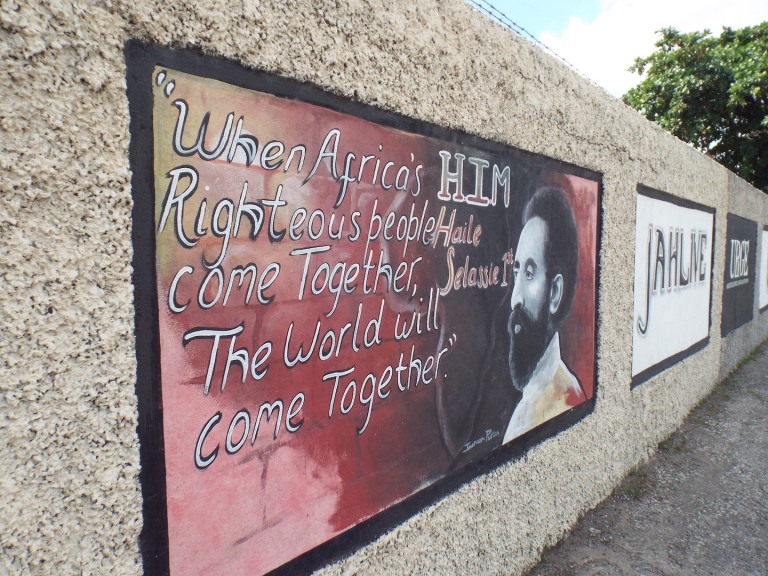 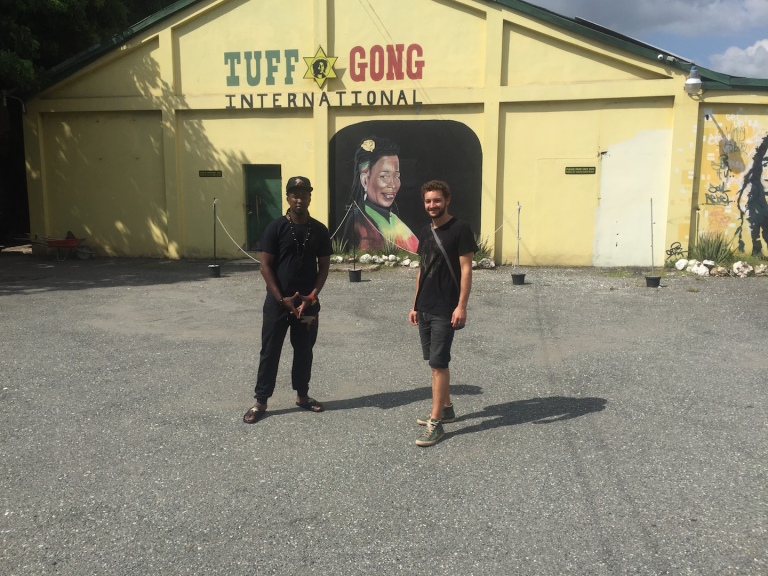 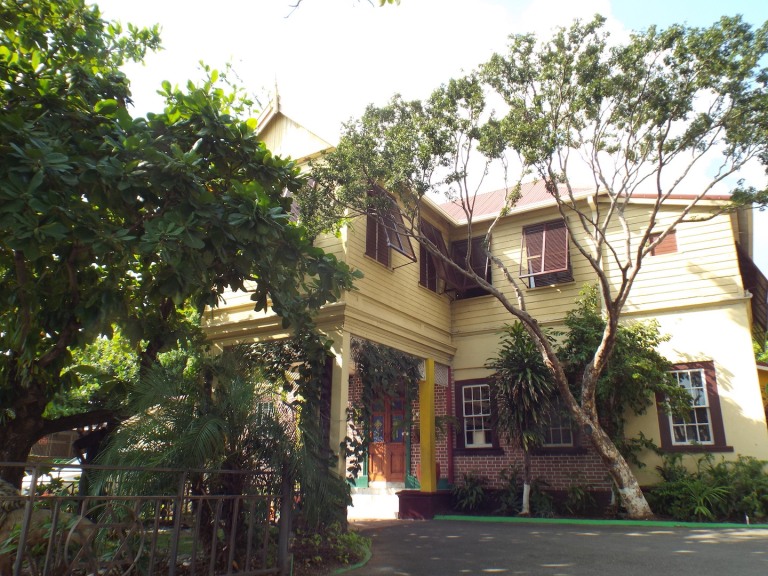 Lime Cay sits just off the coast off Kingston, on the tip of a somewhat strange peninsular that houses the cities airport and culminates in the sleepy village of Port Royal. Port Royal itself is an interesting place to visit, home to an old abandoned military hospital. Now crumbling from years of neglect. We crept past the sleeping guard (common trend here?) to have a peak around the eery hallways. The main draw is the island of Lime Cay itself which is probably the best beach on offer in the Kingston area. About an hour after we arrived off the boat from Port Royal an almighty thunderstorm rolled in and we all jumped into the ocean to experience that strange combination of being in the ocean while heavy rain drops fall. 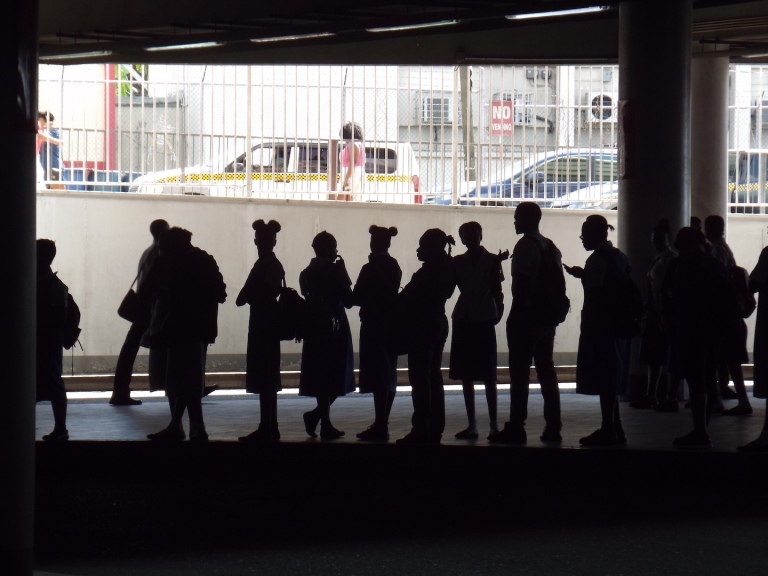 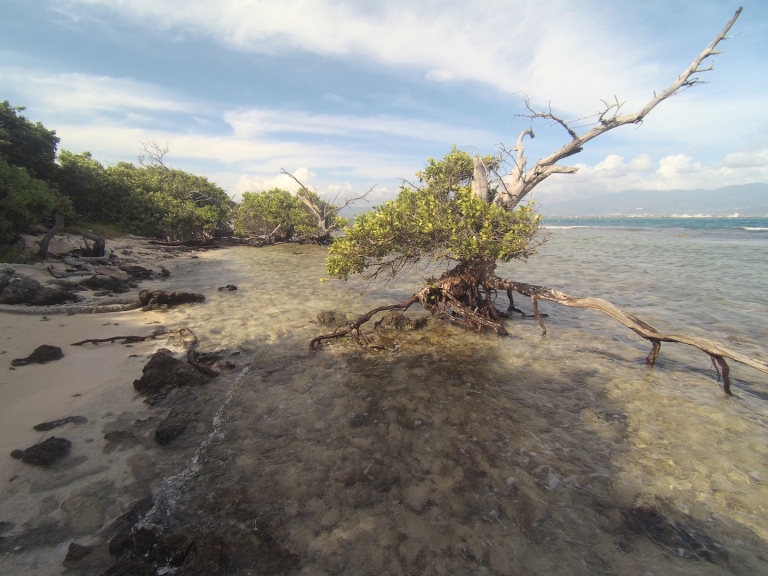 Writing in the past throws up chronological anomalies such as this so bear with me. After leaving Kingston and spending some time hopping around the island it felt only right to return to see in the end of the year and welcome in 2018 back in Kingston. During my previous visit to Kingston I had spent the final night at a legendary dub party up on the skyline, and it seemed like the perfect place to witness the fireworks across the city. Dub Club is perched on the foothills of the Blue Mountains affording views right over the city and every Sunday it is home to some of the best dub music on the island (Jamaicans will beg to differ I’m sure.) Staying at a hostel just down the road from the venue, we stocked up on beers and headed to a vantage point just before midnight to welcome in the new year, and reflect on the months past with a large group of Jamaicans who shared in with the celebrations. It was a memorable moment as the second hand reached its summit and begin to descend as trails of light went shooting up into the night and distant echoes reverberated around the mountains.

Once the firework display was over it was time to party in style back at Dub Club with an impressive sound system pumping out hard hitting dub riddims long into the night. We were graced by the presence of legendary producer (and artist in his own right) Lee Scratch Perry who at the grand age of 430 is still going strong and as bat shit crazy as ever. The first morning of the new year was spent recovering on swing chairs under the banyan tree overlooking the mountains, a New Years Eve that will live long in the memory.

Jamaica has inspired me to add a new feature to posts. This one was an excruciatingly difficult one but in the end, it falls to:

One thought on “Kingston: Trenchtown to Uptown”