Sometimes exploring a new continent can be daunting, sometimes it can be exciting and sometimes it can absolute bliss, spending time in Cabo Polonio fits into the latter of these categories.

This delightful little village on the Uruguayan Atlantic coast is accessed off the main road by an impressive off road camión ride through Cabo Polonio national park. As the camión slides it’s way through the scrub and dunes and eventually onto the beach, an increasing sense of anticipation builds up untill the colorful shacks of Cabo village appear on the horizon and the feeling of arriving into a truly unique place takes over. You can’t help but smile.

No roads, no vehicles (camión apart) no central electricity, gas or waste disposal, Cabo Polonio feels like an experiment. An experiment where off grid living is mixed with liberal ideals and festival spirit to create a very special place indeed. Of course the few hostels located here encapsulate the identity of the place and instantly you are greeted by like minded travellers who are all too willing to while away some days playing football/volleyball, drinking round the fire and partaking in other pastimes that are, without a hint of irony, completely legal here in Uruguay. 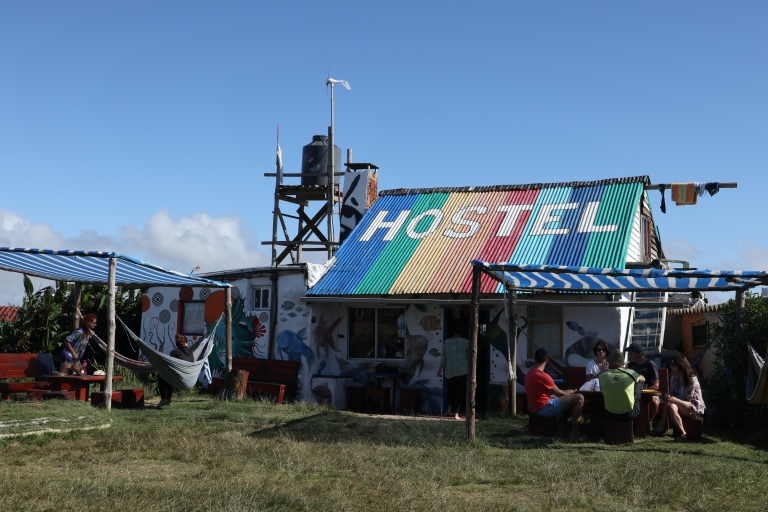 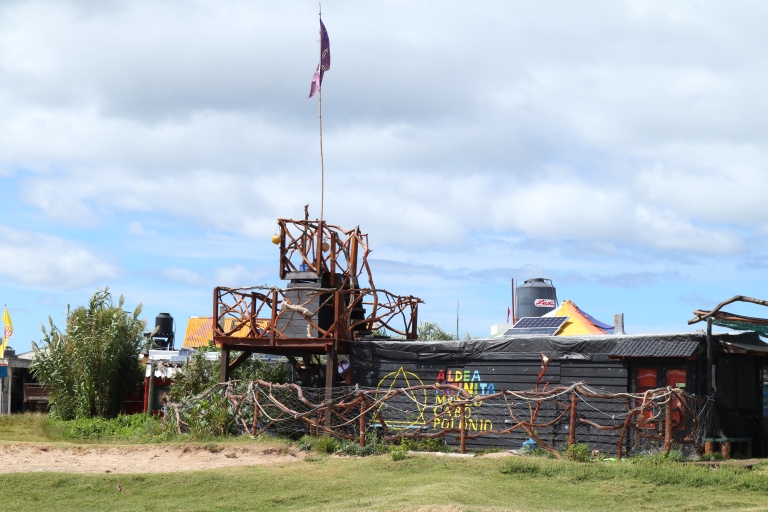 Each little shack feels like a mini stage you would find in the woods of Boomtown, always colourful and always arty. I was especially fascinated with the simple but effective means by which;
Energy is produced – all shacks have mini turbines and solar panels, charging is restricted to daylight hours and fire and candles are key during the night.
Waste is disposed of – or rather not disposed of, food/paper/fibres are composted, glass bottles used as bricks with mortar, plastic bags compacted to make plastic blocks for construction.
Food is cultivated – mostly in greenhouses with staples such as rice and wheat brought in from the mainland (Cabo is not an Island but this is the most suitable description that comes to mind)

With the basics taken care of the people of Cabo Polonio are free to get on with what ever creative endeavours takes their fancy, be it art, ecology, or running a hostel/shop. To top it all of their is a permanent colony of sealions just round the coast who are addictive to watch as they frolic and lumber around fighting between themselves and generally not giving two f***s as sealions on land tend towards. 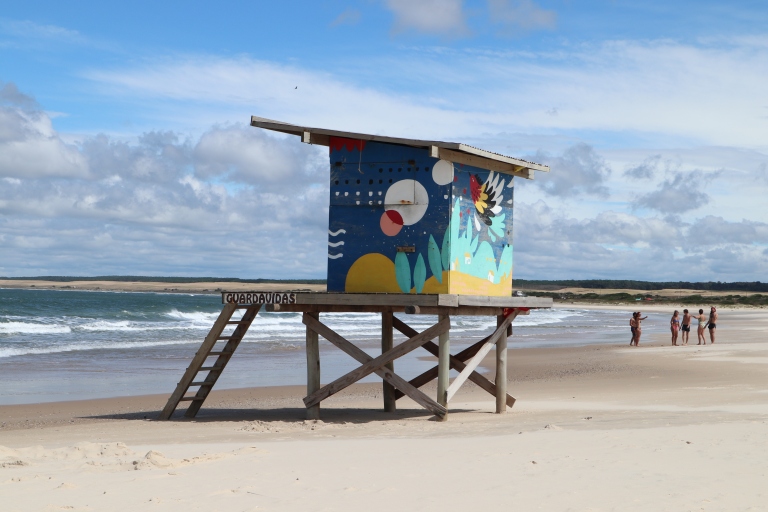 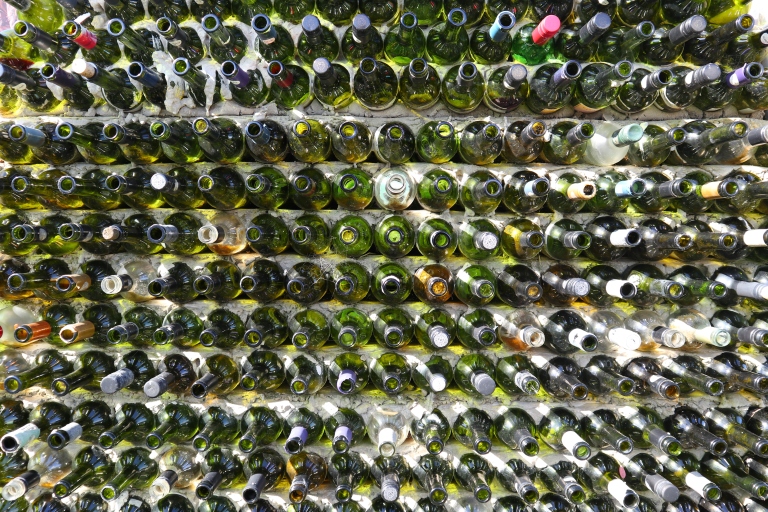 I really could have stayed longer but I’m feeling positive about moving on to new places reasonably quickly at this point. I know for certain the mood will change eventually and I will prefer to remain somewhere for a time, hopefully in a place such as Cabo.

Heading north to the waterfalls of Iguazú.